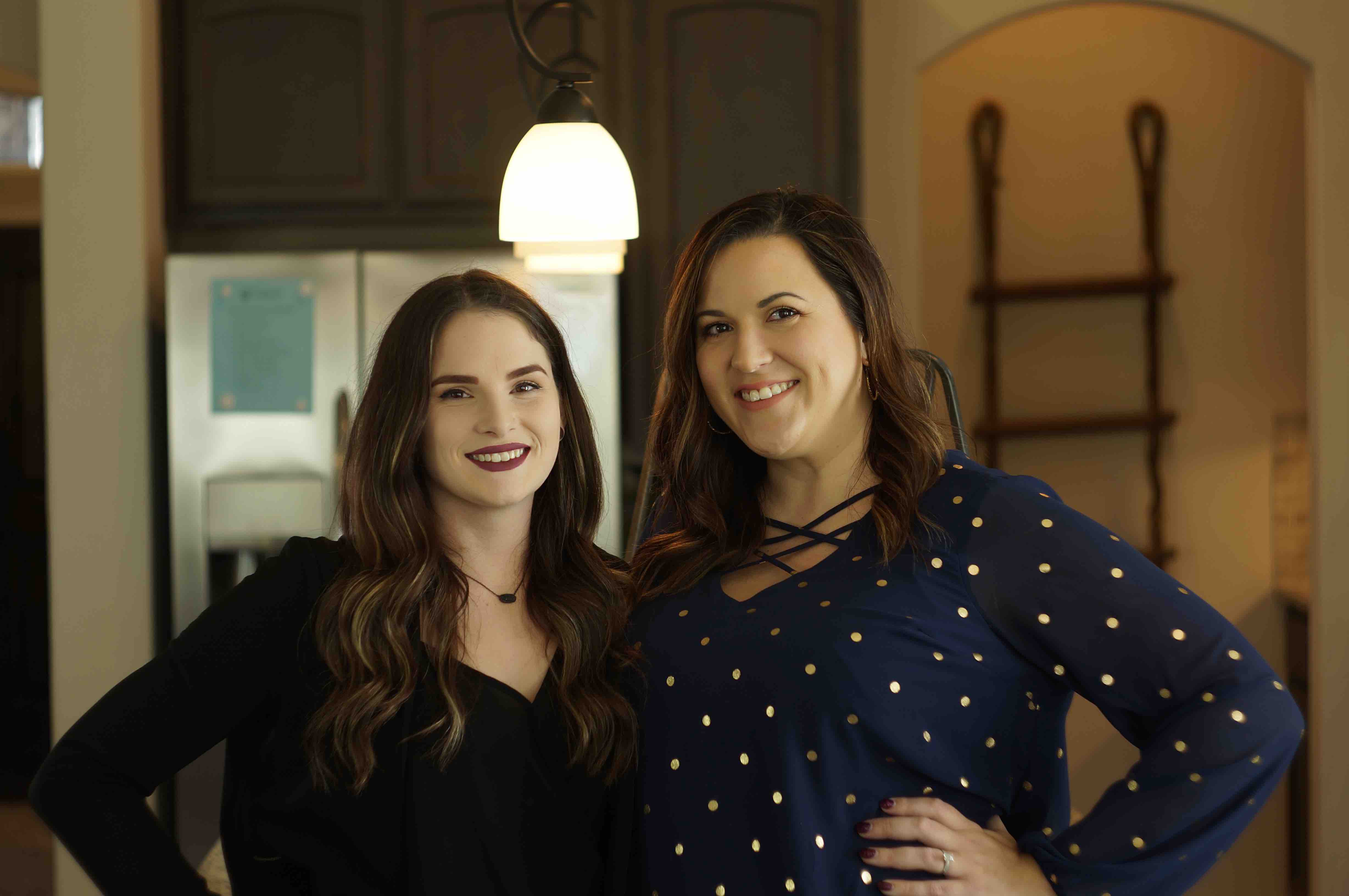 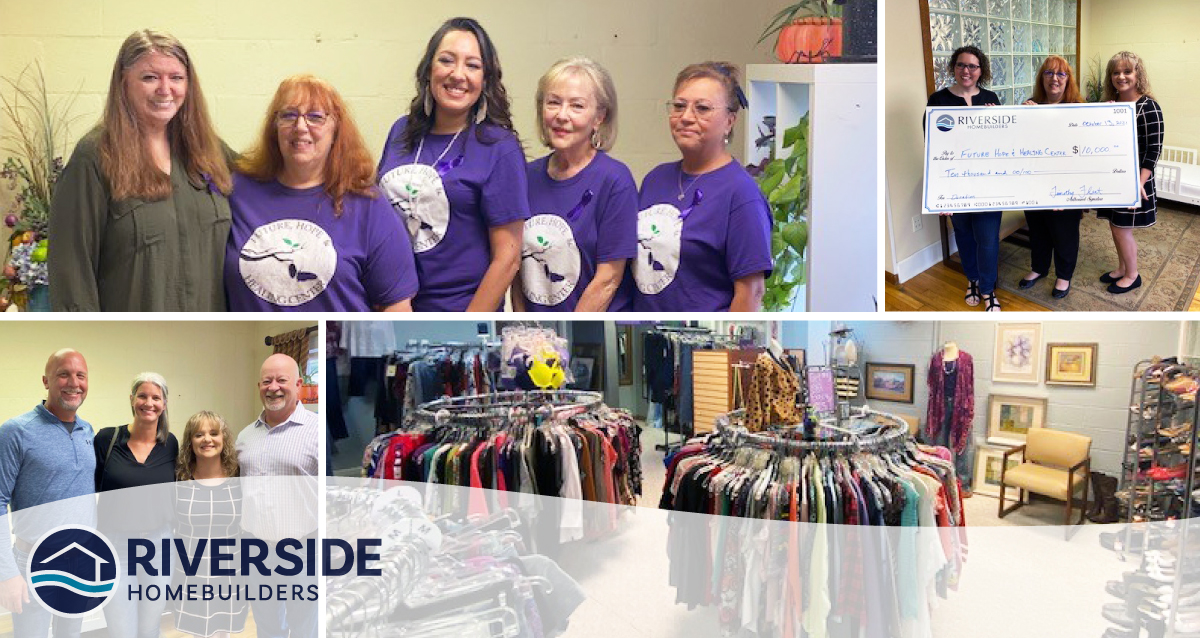 At Riverside Homebuilders, our team is like our family. We strive to support them in all of their endeavors whether that’s in their professional lives or their personal lives. Since 2018, Karolyn Shelton has been a part of our Riverside team and has become one of our Community Sales Managers. When we first met, we had no idea just how much of an impact she would have on our life at Riverside, but we’re excited to be part of it, and we want to share that story with you. Each year when her birthday month rolls around, Karolyn makes a decision about where she will be donating 10% of her monthly earnings that year.

Service and volunteer work is where Karolyn channeled her effort into helping those around her, but when she came to the realization that she could go one step further, she jumped on it.

“Last year I donated to the Ennis Boys and Girls club, and that just made my heart happy. That’s something I never thought I’d be able to do, so being able to do that and give back to people who are doing such a great thing for the community made me feel really good,” she said.

After posting on Facebook, asking any friends of hers if they’d like to make any additional donations, she got a message from Todd Greenfield, Vice President of Sales and Marketing at Riverside, saying that they would love to match her donation that year.

When 2021 hit and sales slowed for Karolyn due to low inventory, she was still trying to reach further—wanting her next donation to be $5,000.

“I called Todd, and I said, “We only had one sale for the month, but I wanted to donate $5,000.’ and automatically he said, ‘We’re in the car with you, and you’re driving. We’ll match whatever you decide to do.’” Karolyn said. “It was a shock, but it was a great one. I’ve never worked for a company before that does anything like this and so openhandedly, and that’s how I know that I’m in the right company because they value the same things that I value.”

This is the standard that Karolyn and the Riverside team live by, and it’s one thing that’s not slowing down anytime soon.

“One of our promises to our buyers is ‘we always do what’s right’, and practicing what we preach to our employees is where it all begins,” Todd said. “We are privileged and committed to supporting our communities and local charities whenever possible.”

This year, Karolyn’s $5,000 donation and Riverside’s match donation went to an organization called Future, Hope & Healing in Azle, Texas that helps women and children in abusive situations get the help they need.

During an otherwise typical day in the office, Karolyn first learned about Future, Hope & Healing thanks to Christina Calk, a Mortgage Sales Manager at First United Mortgage Group. Christina came in for lunch one day and started talking about Sally Daniels, the organization’s founder. She mentioned how passionate Sally was about her job and how she does a lot of it on her own.

“They put women up in the Motel 6 if they had to leave in the middle of the night. They help single women with utility bills. She’s helped put food on the table, clothes on their backs, transportation, whatever they need, she gives them,” Karolyn said. “It spoke to me a lot because I grew up and graduated from Springtown, which was the town over, and I know that something so local and close to home is helping the places where I grew up.”

When the Future, Hope & Healing team found out that Karolyn and the Riverside team were going to be donating $10,000 to their organization, the conversation mainly took place over Facebook. So when the time came to hand over the check in person, emotions were understandably high.

“It was very emotional—very happy,” Karolyn reminisced. “Everyone had tears in their eyes, but no one wanted to be the first one to cry.”

Looking to the Future

With each passing year, Karolyn keeps her eyes and heart open to whatever organization speaks to her most.

“With Christina, it was weird that she was talking about this, and it was coming close to my birthday month, so it just fell into my lap. I thought, this is where I need to donate,” Karolyn said. “It’s just where God pulls me that year. Whatever gets put into my path.”

It’s not about the amount of money you donate. Giving what you can, even if it’s just your time, is what counts, and whatever direction Karolyn is pulled in the future, Riverside is along for the ride.

We are always looking for ways to do right by you, your family and our community. If you’re looking for a place to settle down in a town that holds the value of community high, contact us online. We’d love to hear from you.

The story of Future, Hope & Healing and Karolyn’s donation was covered by The Azle News. Click here if you’d like to read more. 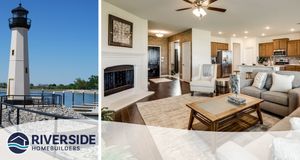 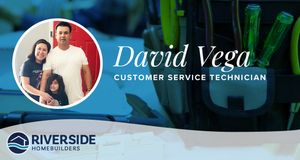 Get Ready for Green Meadows 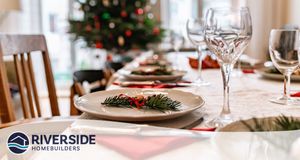 Spruce up Your Home for the Holidays 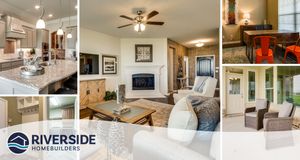 5 Tips for a More Functional Home